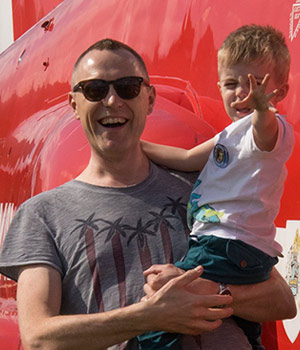 We’ve all heard about the gradual roll out of 5G, but what is it and how is it going to impact the media marketplace? Look no further, in our 5G series we’ll dive into what it is and how it may impact the Social, SEO, Programmatic and PPC space.

First up, all you need to know about 5G technology.

So, what actually is 5G?

5G is the fifth–generation network that follows previous mobile generations 2G, 3G and 4G. As the latest technology, 5G is set to be more reliable, offer connections that are much faster that deliver faster speeds, greater capacity and quicker response times, leading to new uses for the technology including Internet of Things (IoT), sensors and autonomous vehicles.

Is 5G really changing our world?

Right now for most UK consumers, unlikely. If you’re waiting for the 4G symbol to turn into a 5G on your phone, first you’ve got to invest in one of the handful of models that support it, such as the Samsung Galaxy S10 5G. The new iPhone models have predictably missed out on this new technology whilst Apple waits for it to mature and stabilise. Most likely it’ll be in the new devices released Autumn 2020. And then there’s network coverage. Even the mighty EE are only in nine cities with 5G, with the target of 26 cities having coverage by the end of 2020. O2 are yet to release their 5G offering. Underwhelming at best if you feel the need for speed.

Even if you do happen to be in one of the few locations with 5G and have a compatible handset, the network is still maturing and can be subject to varying speeds, as Tom Warren, Senior Editor at The Verge, found out in his June 2019 test in London. Tom enjoyed speeds as high as 600Mbps, and even 980Mpbs on one occasion (a staggering thirty times faster than EE’s average download speed as quoted in 2018 tests), but then at times Tom stuttered along at just 10Mbps, and it even dropped out totally several times, requiring him to go to airplane mode and back. If an enjoyable and consistent experience is your main concern, don’t worry too much about missing out on 5G just yet.

What’s the big deal with 5G?

For consumers, once the network offers consistent speeds of several hundred Mpbs, mobile devices will be able to enjoy far richer media experiences, and some people are prepared to pay. The roadmap from Ericsson’s 5G Consumer Potential report suggests there’s money to be made in the next 1 to 4 years in areas including 5G in-car entertainment, virtual and augmented reality content, including maps and cloud gaming, virtual tactile shopping and sensor enhanced entertainment. Think your video conferencing is good now? How about seeing those remote attendees standing in front of you using the latest AR technology. Spatial are doing this right now, and 5G will make it far easier to consume via mobile.

Expect to hear a lot more about sensors. They’re going to be everywhere as 5G expands and the Internet of Things (IoT) really takes hold. And that won’t be limited to an intelligent fridge asking Tesco to pop round with more butter and halloumi. Consider the infrastructure that autonomous cars will need to function effectively: they’ll be communicating with data points from all around us, from other vehicles to traffic lights, and the technology that makes this possible is 5G, with its vastly improved latency.

But what about the network coverage in the UK?

98% I hear you say? Well by population, yes, but by land mass it drops to a rather lacklustre 70%. Forget blistering 1Gbps mobile download speeds in deepest Wales or Scotland; you’re more likely to see “no coverage”. The good news is that the Government have just approved a plan from a consortium including O2 who want to push the UK’s landmass mobile coverage to 95%, as reported at O2’s Blue Door annual technology conference in October (we were there – it was a very insightful day into where this tech is going). At Blue Door we also heard how by 2026 it’s predicted more UK GDP will be driven by mobile than broadband, so it’s well worth considering how faster speeds, lower latency and a world full of sensors could impact your business.

Blue Door conference also covered the transformation in manufacturing. Many companies have been eager to put sensors in equipment for years, as real-time feedback can help diagnose or even predict faults before they happen. With 5G they can do this without having to ask factories to open up their secure corporate networks (hint: the answer is usually no), another massive step forward, and opening the door to many more sensors being deployed and vast amounts of data being amassed and needing to be effectively analysed. And talking of huge amounts of data, Millbrook, a UK test site for the automotive industry with 90km of roads, has built a 5G network in conjunction with O2 and is able to test autonomous vehicles and pass back lots of data in real time to the test centre. Hugely speeding up the research process from often days to minutes.

So in conclusion, is 5G going to be exciting and change our world? For a lot of consumers and businesses, absolutely. And with the number of IoT devices set to massively increase, 5G is the first network that is built more for machines to communicate than humans! The only real issue is timescale, as a lot of the network, devices and applications that will utilise 5G are still a little way off, but as a business it’s worth understanding how you and your customers can make the most of it, and where the revenue opportunities are.

In this series we’ll take a look at how 5G could affect Social, SEO, Programmatic and PPC. Next week, we’ll hear from Bruce Tissington, our Senior Social Strategist, on the impact 5G could have on Social.