Capturing a moment in time: Touchpoints 2020 -

Capturing a moment in time: Touchpoints 2020 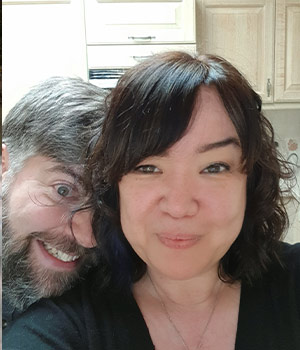 At a time when new levels of commercial uncertainty made relevant and recent third-party research particularly valuable, this year’s IPA’s annual Touchpoints survey was uniquely placed to measure the sudden and extreme changes in our lifestyle and media habits as a result of the Covid-19 lockdown. Fieldwork started in January and continued through to April, straddling the weeks before and during lockdown to create two databases to compare and contrast how the UK adapted to lockdown life.

This week’s launch of the 2020 Touchpoints survey highlighted some of the key findings, and was able to quantify in a more definitive way many of the speculative changes we have remarked upon in recent months.

Compliance with Government advice was observed across all ages, according to the survey. We stayed in our homes for 25% longer – on average 22 hours and 7 minutes a day – as only 22% of us went to a ‘workplace’ compared to 61% pre-lockdown, and going out socially fell by 96%. Travelling by car fell by 45% but public transport saw the biggest hit with travelling by train down 90% and underground and taxi by 93%.

Predictably, staying in our homes longer meant more time spent on our devices and more time with media. According to Touchpoints, the TV set was one of the big winners with an average of 35 minutes a day more spent watching the box during lockdown.

In fact, all video formats surged during lockdown, by +15% to an average of 4 hours 37 minutes a day. There was a 17% increase in watching live TV in lockdown which worked out at an extra 27 minutes a day. The uplift in subscriber VOD like Netflix and Disney+ was widely reported but the new Touchpoints survey was able to quantify its reach as increasing from 45% to 52% during lockdown.

We had the radio set on for an extra 13 minutes a day on average but listening patterns were later during lockdown as we took advantage of no commute to sleep longer (an extra 10 minutes on average) and stay in bed for longer (by half an hour later on average). But with the loss of in-car and at-work listening radio’s overall reach was lower during lockdown.

We also spent more time on our mobile phones, up 19 minutes a day on average during lockdown.  And as we found ourselves unable to meet up with friends and colleagues face to face, time spent messaging increased by 11% on average during lockdown, by 10% on social media by a massive 66% on video calling. In fact, our socially distanced online drinks and online quizzes saw adult visitors to Zoom jump from 659,000 in January to 13 million in April according to Ofcom.

Seismic though lockdown was in many regards, perhaps the key take away from Touchpoints 2020 is that many of the changes are of a lesser degree than many had anticipated. As we move out of lockdown these gains are already reportedly falling back, but Touchpoints lockdown database prepares us for the likely changes in our lifestyles and media habits should a second lockdown be put in place, allowing us to adapt our client’s media plans accordingly.