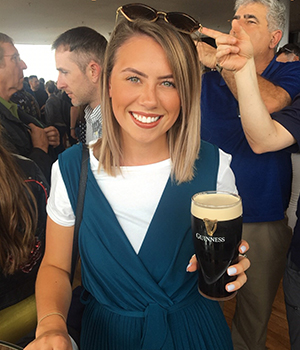 Stereotypes have been around longer than any of us can remember – unfortunately they’re still very present in the workplace, especially for women. They exist because there are assumed differences between men and women with regards to their attitudes, work ethic and drive, but this just isn’t the case.

A man and a woman can act the same way and say the same things but can be seen as completely different. A man can be seen as assertive, but a woman ‘aggressive’; if a man is being the boss, he is just the boss, but women are often referred to as ‘bossy’ for doing nothing but their job.

A man will tell the truth in hard conversations, but a woman may be seen as ‘being difficult’ for doing the same thing. A man has the confidence to speak out about his opinions even if others don’t agree, but a woman doing this means she is ‘too much’ or ‘being awkward’.

A personal dislike is the perception that women would rather be at home raising a family and aren’t willing to work as long hours or as hard as their male counterparts, but when they do, they are seen as selfish and neglecting their motherly role.

This is not the case in every workplace, obviously, and I would like to think in the majority this is not the case at all, but unfortunately these stereotypes towards women do exist, and they have to deal with them around the world and across industries on a daily basis.

The conversation about the treatment of women at work has made massive strides and both men and women are becoming much more vocal about their commitment to equality and eradicating bias.

As a woman I have first-hand experience dealing and battling with the countless assumptions because of my gender and it’s humbling to see these are finally being questioned and challenged by big, influential organisations. The media and advertising industries have made significant developments in challenging these stereotypes and showing women are just as capable, smart and powerful as men.

Advertising is an important part of popular culture and it usually mirrors societal norms so the progress that’s been made in the representation of women shows that there have been positive developments towards eradicating these stereotypes.

Women are no longer branded as the housewife, like in the old Fairy Liquid and Oxo adverts, showing women doing the cooking and the cleaning. More and more, women are being represented in all walks of life. There are several big brands challenging these stereotypes and it is becoming more normal to see female products advertised in the same way as male products.

Take Nike’s campaign – ‘Dream with us’ – which shows women in football, baseball, American football and skateboarding, and declares women can be champions too, in whatever they choose.

Another brand challenging this attitude is Always, with their much-loved #LikeAGirl campaign which challenges what it means to do something ‘like a girl’. The ad shows that to a younger generation, #LikeAGirl means being fierce, fast and strong, not being the lesser or weaker gender, which is inspiring to see.

A brand that has always had some controversy over setting unrealistic standards and representations of women is Barbie, but they have made efforts to change their message with their ‘You can be anything’ campaign.

Barbie ads take on a comical approach and shows little girls in adult jobs such as a college professor, an American football coach and a businesswoman, to show they too can inspire little girls to be more than just pretty to look at, and they can do anything they put their mind to. Seeing these big brands challenge stereotypes is great and sets a new president for others to follow.

And my favourite above all is Pantene with their ‘Labels Against Women’ campaign which challenges stereotypes against women in the workplace.

Their ad showcases and breaks down the double standards between how men and women are perceived in the workplace. In the ad, these double standards include boss vs. bossy, persuasive vs. pushy, dedicated vs. selfish, neat vs. vain, smooth vs. show off, with the final tagline ‘Don’t let labels hold you back’.

With media being hugely influential in how people consume information and form opinions, it’s as important as ever that brands like these keep making a stand for these assumptions and stereotypes to be eradicated from society.

There still a long way to go in the journey to full equality but these campaigns are definitely a step in the right direction and will hopefully inspire other influential brands to do the same.

Equality is not a woman’s issue, it’s a business issue, and the more people band together the better the world will become.