A decade of life in little squares -

A decade of life in little squares 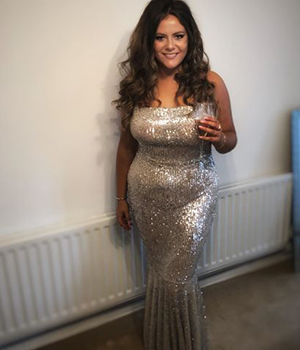 Cast your mind back a decade and life for everybody was a little different. Moves Like Jagger was topping the charts, UGG boots were all the rage and the phrase ‘doing it for the gram’ was yet to be uttered from a millennial’s mouth. Alongside all the other things that made 2010 great, we welcomed the creation of Instagram in all its glory, unknowing it was about to alter our digital outlook in a way that it would never be the same again.

If you’re anything like me, you’ll remember clearly your first interactions with the platform; scrolling for hours through crudely filtered photos that appeared on everybody’s feed with little regard for the aesthetics of the ‘grid’ we see creeping into our present-day conscious. Photos that now wouldn’t even qualify to be posted as a Story littered the little squares, with their poorly filtered snaps achieving a permanent place on the feed, competing for likes and comments with little to no thought of how this could be benefiting businesses or advertising in any way.

Within just under a month after the creation of the platform, 1 million users had flocked to create an account, ready to participate in this online photo diary that would document our ‘best lives’ through little squares and a basic format, allowing users to interact only through liking and commenting on one another’s snaps.

Prior to 2011, hashtags sat firmly within Twitter until it was discovered to be an effective way to get more eyes and engagement on Instagram posts. A post with at least 1 Instagram hashtag averages to gain 12.6%  more engagement than posts without, and so the inclusion of as many relevant hashtags as possible proved to be a sure-fire way to get your content out there – as long as your profile wasn’t private of course.

In April 2012 we learned of Mark Zuckerburg paying 1 billion dollars to acquire Instagram as part of Facebook, despite the company sporting a mere 13 employees. What seemed to be a shocking deal at the time now looks strikingly forward-thinking and has been deemed the smartest digital acquisition of its time. In former Facebook employee Mike Hoefflinger’s book ‘Becoming Facebook’, he stated the Instagram acquisition had ‘created an ever-growing gravity for the single most important thing Zuckerberg needs for the success of Facebook in the long term: The desire of the world’s best people and their creations to join with him.’ The partnership opened endless opportunities for the digital advertising sphere and now with over a billion active users that 1 billion dollars looks like the deal of the century!

It wasn’t long before the platform realised that following friends and specific brand accounts just wasn’t enough. A hunger and curiosity to discover what was ‘out there’ led to the creation of the ‘explore’ feature in June 2012 – allowing users an endless catalogue of content to peruse; a feature that has continued to be successful, as in 2020 it has been noted that more than 50% of accounts use the ’explore’ page every month with the aspect of ‘content suggestion’ again paving the way for a step in advertising that would allow an algorithm to deliver relevant ads to relevant users.

Users rejoiced in 2013 when their feeds were able to come to life by means of the mere 15 second video. To us now this seems understated, but for a platform that had only allowed static images to be shared for three years this was a big deal – especially since they waited another three years to give just a little more and roll out the 60 second and Story features in 2016.

In October 2013 came the development that would affect us most as agencies: Instagram incorporated paid adverts. The early days of this opportunities by no means reflect the sheer volume of advertising we see across the platform in this present day. The initial rollout was limited to sponsored posts and even getting this far had taken a year and a half following the marriage with Facebook.

The developments made over the next seven years allowed Instagram to become an integral part of our advertising strategy as an agency. During this time we have seen the platform evolve before our eyes into an interface almost unrecognisable to the 2010 basic rollout. The average Instagram user spends 28 minutes per day on the platform, allowing a perfect window of opportunity to engage with our client’s brand and ensure we are capturing the correct audience with the correct content.  Studies have shown that 90% of accounts follow at least 1 business on Instagram, proving the platform to have evolved from just a way to share your latest selfie to an invaluable space for brands to tap into their audience and tailor content towards their needs. And with over 1 billion accounts available to reach through paid advertising, Instagram is definitely not a platform to be neglected.

Fast forward to 2016 and we are seeing yet another change for the platform. Three years after Snapchat’s refusal to be bought by Zuckerburg we see Stories introduced on the platform, allowing users to closely mimic Snapchat activity by uploading fun, disposable content that would expire after just 24 hours. Within three months, Instagram Stories hits 100 million daily active users. This vast audience again provides an excellent opportunity for our clients, with ‘Stories’ providing an additional chance to advertise their brand in a ‘mobile first’ way of thinking. Because of increased engagement with Stories, Instagram observed advertisers to increase their spend and they saw compared to Facebook, ad spending on Instagram is 23% higher.

Facebook has significantly grown its family of apps over the years, including Messenger, Instagram and WhatsApp, not to mention opening up an array of placements to its ad inventory across the wider web, through the audience network. To take advantage of additional ad reach, and commerce creative across these placements was automatically repurposed from the standard Facebook image/video; body copy; headline; link description combination. Although this enabled the creative to be seen across these placements, it was by no means fit for purpose. And with Instagram newsfeed and Stories commanding such unique engagement as it grew in users, the social giant decided to build a solution that enabled asset customisation for when ads were delivered across each placement. Instead of having a Story creative consisting of a horizontal/square image and text reimagined in a generic font, suddenly designers were able to build bespoke Instagram newsfeed and Story content to sit more naturally in the landscape.

At Space & Time, we have embraced this change, encouraging that Instagram Story content in particular is provided alongside any other Facebook-related content and used in asset customisation to give the user the best experience across each environment. Below illustrates the growth in Instagram as a share of all Facebook-owned ad placements over just the past two years. It commands a  lot of social real estate and this has caused us to adapt our strategy to ensure that we encourage use of bespoke Instagram content. See below the comparison when using the standard repurposed Facebook content vs creative that Story-specific content.

A feature of Facebook Ads Manager allows us not only to be able to include Instagram as a placement within Facebook ads but also edit creative per placement, meaning assets can be tailored to the audience behavior and the best practices of each placement to make sure it can run in as many contexts as possible. This has been invaluable to the performance of our campaigns of late as we’ve been able to prevent assets being jeopardised for their dimensions and also use creativity in order to push for the best possible performance outcome.

So, what could possibly be next in line for this ever-changing platform? We certainly have seen a fruitful evolution over the past 10 years and hope to continue to see tweaks and improvements to keep our ads rolling along with the times. However, as well as pushing forward, birthdays are a good time to reflect on all that has been achieved. Instagram published how grateful they are of how ‘people have come to the platform to connect with their friends, explore their interests, and be entertained. And as they did, a global community was born, a community that did more, and mattered more, than we ever dreamed.’ – and to celebrate this community in true retro fashion, they have been kind enough to let us pick our favourite from a long list of historical icons in honor of their big day – thanks Insta!

Back to reality though, once all the celebrations have finished, it’s important to establish exactly where we go from here. Creators have promised to keep pace with our ever-changing world, and to adapt the platform to enhance the Instagram experience to shift of power from the organization to the individual. They have established that ‘Athletes are arguably more relevant than teams. Artists can showcase their work without galleries or museums. Musicians have ways to reach people without labels’ and it is these creators who will need to signal what comes next.

Over the next few months, we have been promised tabs for Reels and shopping, major improvements to messaging and adaptations to ensure smooth transactions for small businesses selling their products. Above all though, Instagram have promised to keep their community at the heart of all they do by focusing on keeping people safe, creating features that fight against bullying, improving equality and help users feel supported. We’ll say cheers to that! Happy Birthday Instagram! We can’t wait to see what’s next…