From newspapers to newsbrands: a guide for advertisers and agencies -

From newspapers to newsbrands: a guide for advertisers and agencies 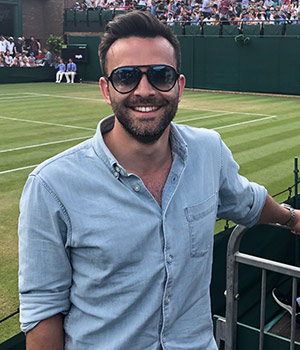 If you’ve come here expecting to find a guide to newsbrand advertising I’m afraid you may leave disappointed. I’ve mischievously re-appropriated the title for this piece, for reasons which will become apparent. Plus, it’s ever so slightly better than my first offering of ‘PAMCo to replace ABC as newsbrands’ lexicon of love’.

If you are still reading and perhaps thinking the title sounds familiar, then you’d be right. It was the title of a report published by Newsworks (formerly the Newspaper Marketing Agency) on the 21st May 2012 to promote a new way of multi-platform thinking and promotion of newspapers (sorry, newsbrands). And yet, eight years to the day, by happy coincidence (?), the newspaper industry seems to have finally taken a significant step towards achieving that report’s objective.

Last week the Audit Bureau of Circulations (ABC), which independently audits and publishes newspapers’ sales figures, declared that national newspaper publishers will no longer need to publish their circulation figures. The Daily Telegraph was the forerunner, withdrawing from the ABC system in January of this year, much to the alarm of the Institute of Practitioners in Advertising (IPA) at the time. So far only News UK’s the Sun, the Times and the Sunday Times have taken-up the option to migrate to ‘private auditing..[and]..a more holistic analysis of total brand reach’.

Amidst a backdrop of never-ending pessimism for the industry’s sales figures over the past two decades, this move instantly puts some control back in the hands of the publishers, giving them a chance to finally challenge the public’s (and, crucially, advertisers’ and agencies’) valuation of newspapers and newsbrands by pushing the Publishers Audience Measurement Company (PAMCo) multi-platform data front and centre.

The ABC has provided the auditing standard to newspapers for decades and, along with the National Readership Survey (NRS), formed the foundation for advertiser and agency trading. While online traffic verification has formed part of the ABC’s remit for some time now (its first website audits came in 1996), it has always felt that the historic print element prevailed, despite Newsworks’ valiant attempts to change the narrative eight years ago.

With public news consumption as voracious as ever but having largely shifted online, a new, more accurate, fair and platform-neutral measurement system was long overdue.

In 2018, the NRS was replaced by PAMCo, which provides de-duplicated audience data across all newsbrands’ platforms – so mobile, tablet, desktop and of course, print. Its data comprised of 35,000 face-to-face interviewees, cross-referenced Comscore data and a bespoke online Tracker App.

Analysis by the Press Gazette shows that in January 2000, the 16 daily and Sunday paid-for national papers had a combined circulation of 21.2m, though within the space of a decade this had dropped to 16.4m and by January of this year was at just 7.4m.

But, while national newspaper sales have fallen by two-thirds in the past 20 years, the public haven’t deserted news; they’ve merely shifted to consuming it via more easily accessible, fast-paced, portable and (often free) formats. Which is where PAMCo steps in.

Taken as just print circulations, the above chart for January 2020 makes for pretty bleak reading (pun intended). However, blend in digital consumption of desktop, tablet and mobile content via PAMCo data for the last period and all but one of the titles (where Sunday editions and online are combined) can point to period-on-period growth.

Encouragingly for the industry, despite (or perhaps because of) its industry-pioneering paywall, the Times was the biggest winner; its total brand reach increasing by an impressive 25.1% PoP, particularly fuelled by mobile growth. It’s taken a decade to get here but maybe Murdoch’s bold move is finally paying-off.

But it’s perhaps in the unlikely form of the now digital-only Independent that the whole PAMCo/ ABC dynamic is best typified. In the land of ABC print circulations, the publisher doesn’t even exist, however it has added 3m additional digital readers to edge past the Guardian.

If publishers themselves are leaping at the chance to move away from pure print auditing to modern cross-platform – and, let’s face it, largely digital measurement – is there even any need for or point in newspapers in their traditional printed format?

In 2020, printed newspapers are an anachronism; an analogue white elephant in a digital age. Where most organisations in the UK are furiously trying to tick their corporate social responsibility boxes and at the least operate paperless offices – where is the place for giant cotton reels of paper being carted around the country both in raw format and then again for distribution, leaving a carbon footprint BP would do well to better?

Well, it can certainly be found in the heart of the traditionalist. Much like books or 12” vinyl, there’s something quite wonderful about the feel, smell and engagement of something physical like a newspaper which its shinier, younger, electronic siblings simply can’t quite fulfil. Admittedly I’m perhaps biased, of the right age to fondly recall my late father, himself a journalist of some 40 years, bringing home a stack of various newspapers each morning and me reading them from back to front and emerging with fingertips tinged with ink.

Nostalgia and tradition aside, in an age of Cambridge Analytica – one where the world’s most powerful man has simultaneously popularised the phrase ‘fake news’ as an epithet for journalists and elicited the need for a Twitter fact-check label on his Tweets – the newspaper in its physical form, as a source of trustworthy and factually correct information, is as salient as ever.

According to Ofcom, as of March 2019, TV remains the most used platform for news by UK adults, especially amongst the 65+ age group. Social media as a news source increased year-on-year from 44% to 49%, with Facebook leading the way by some distance.

Perhaps worryingly, of those obtaining news via social media, 41% are mostly getting their news from social posts rather than direct from a newsbrand’s website or mobile app. The concern being that social media only scored 38% and 39% for trustworthiness and accuracy compared with 66% for newspapers (as print only) and 71% and 72% for TV.

While we certainly know well enough to not believe everything we read, broadly speaking, quality newspapers convey a certain level of authority, accuracy and trust. It’s the very reason the likes of Tesco, VW and (somewhat ironically) Facebook have taken full page adverts in recent years – to restore public trust over horsemeat, diesel emissions and data misuse scandals respectively.

All in, all together

It’s not just big retail and industry continuing to put their faith in the medium to regain public trust though. At the outset of the UK’s COVID-19 outbreak the newspaper industry and government came up with the three-month long joint initiative entitled All in, all together (one assumes Dominic Cummings missed that briefing – probably off sightseeing) to help inform the public and maintain safety.

The Chancellor of the Duchy of Lancaster and Minister for the Cabinet Office, Michael Gove, recently proclaimed: ‘newspapers are the lifeblood of our communities and we need them more now than ever. Their role as a trusted voice and their ability to reach isolated communities is especially vital at this time’.

And, for good measure, Housing Secretary Robert Jenrick echoed the Culture Secretary’s words at the daily Downing Street briefing with a rallying cry to the British public ‘encouraging everyone who can, to buy a newspaper’ to help support the ailing sector and uphold the nation’s free press.

For an industry already on its knees, COVID-19 could have been (and may yet still be) the final nail – with the already sparse newspaper-consuming public being less able to buy or pick up their free daily paper and the industry’s contingent supply chain under lockdown this has added innumerable challenges to regional and national publishers’ ability to function.

News in its printed form may now start to take its last, shallow breath for many publishers, but the abandonment of ABCs, renewed interest in more favourable PAMCo figures and a global news story that keeps on giving may perhaps mean that newsbrands’ prospects haven’t been in such rude health for a long time.