The rise of Amazon Advertising – is this the end of the Duopoly? -

The rise of Amazon Advertising – is this the end of the Duopoly? 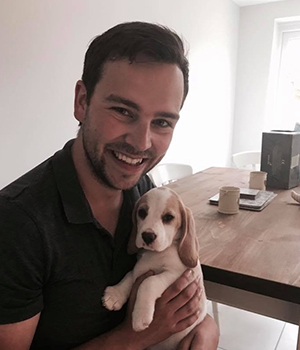 Over the last 10 years I’ve seen a number of advertising platforms try to take a chunk of Google and Facebook’s dominant hold on the digital advertising market. From Bing! and Yahoo’s ad merger to the wave of native platforms like Taboola and Outbrain, many have come and gone, some have done well and are now household names in agencies, but none have truly shaken up the Duopoly… Until now.

Amazon Marketing Services (AMS) has been operating since 2012, beginning life purely as a product to help vendors on Amazon, and initially was only really used by a select group of sellers. But since its re-brand in 2018 to Amazon Advertising and its addition of multiple new ad products for both vendors and companies that do not sell on Amazon, the platform has seen a fantastic level of growth.

According to Business Insider, Amazon had 9% of the US digital ad market in 2019, which is already comparable to Microsoft’s peaks and it’s still growing. The markets are predicting that by 2023 this could be closer to 15% and I think if you asked Amazon themselves, they’d be shooting even higher than that:

Amazon is succeeding where so many others have failed for a number of reasons;

1.  For ecommerce businesses selling on Amazon, the ability to track ad clicks through to sale so clearly and directly is a big sell.

2.  The fact that searches on Amazon all have such a high purchase intent means that again for generating direct sales it’s incredibly appealing and effective.

But it’s not just being picked up by sellers on Amazon, with possibly the most robust and detailed first-party data set out there, all types of companies – ecommerce or not – are looking at how they can utilise this high level of data insight to advertise to their ideal audience.

With nearly 40 million unique visitors per month in the UK alone, it’s not a question of “is my audience on Amazon or not?” Everyone is on there and there is a chance for all businesses to get in front of them.

What does the future hold?

Amazon is still first and foremost an ecommerce giant, but it is also transitioning into one of the world’s biggest media owners and advertising platforms. As well as their main retail search function and subsequent search ads, consider Prime Video, IMDb, Good Reads, Amazon Stores and suddenly you have not just the potential for search advertising but VOD, a bespoke display network and millions of sponsorship opportunities.

I think when we look back at the end of the next 10 years all the talk will be of a Triopoly rather than a Duopoly. But in the meantime, while it’s still growing, it still offers a great earlier adopter opportunity for so many businesses, retail or not!

See here for more about Amazon Advertising and get in touch with our team if you wish to discuss further.